Croatia has been an up-and-coming travel destination for a couple of years now. And it’s no secret why. Beaches, forests, waterfalls and history – it’s basically a small piece of heaven. Or at least how we’d imagine heaven to be like.

If this place doesn’t look like a dreamy fairy tale destination, then we don’t know what would. The Plitvice Lakes are situated in the Plitvice National Park and are without a doubt one of the most jaw-dropping natural wonders in Croatia and Europe, for that matter. It consists of 16 interconnecting lakes that are divided into upper and lower clusters and formed by natural travertine dams. There are also beautiful waterfalls and a lush forest to meander through. 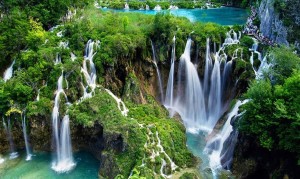 That’s right folks, from Game of Thrones fame, dating back to the 15th and 16th centuries, Dubrovnik is is one of the best-preserved medieval walled cities in the world and described as one of the “Pearl of the Adriatic”. 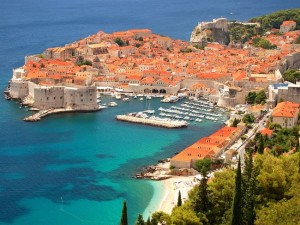 Croatia’s got some hiking options too for those who like to brave the mountains by foot. For some awesome hiking trails, head to Northern Velebit National Park which encompasses the northern side of the largest mountain in the country, Velebit Mountain.

Another Croatian city with a nickname is Split. Known as the “Mediterranean Flower” Split is Croatia’s second-largest city. Located on a peninsula off the Dalmatian Coast, the city’s main attraction is its historic centre which boasts dramatic Gothic and Renaissance architecture. Another attraction in the city is the Emperor Diocletian’s palace. He built a palace for his retirement at the end of the third century AD, and it still stands in the centre of Split. The palace complex is a maze of marble walkways lined with shops, cafes, and bars. 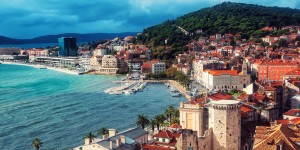 For only R30,450 pp sharing, you can travel to Croatia this September with C the World. Book your spot now!